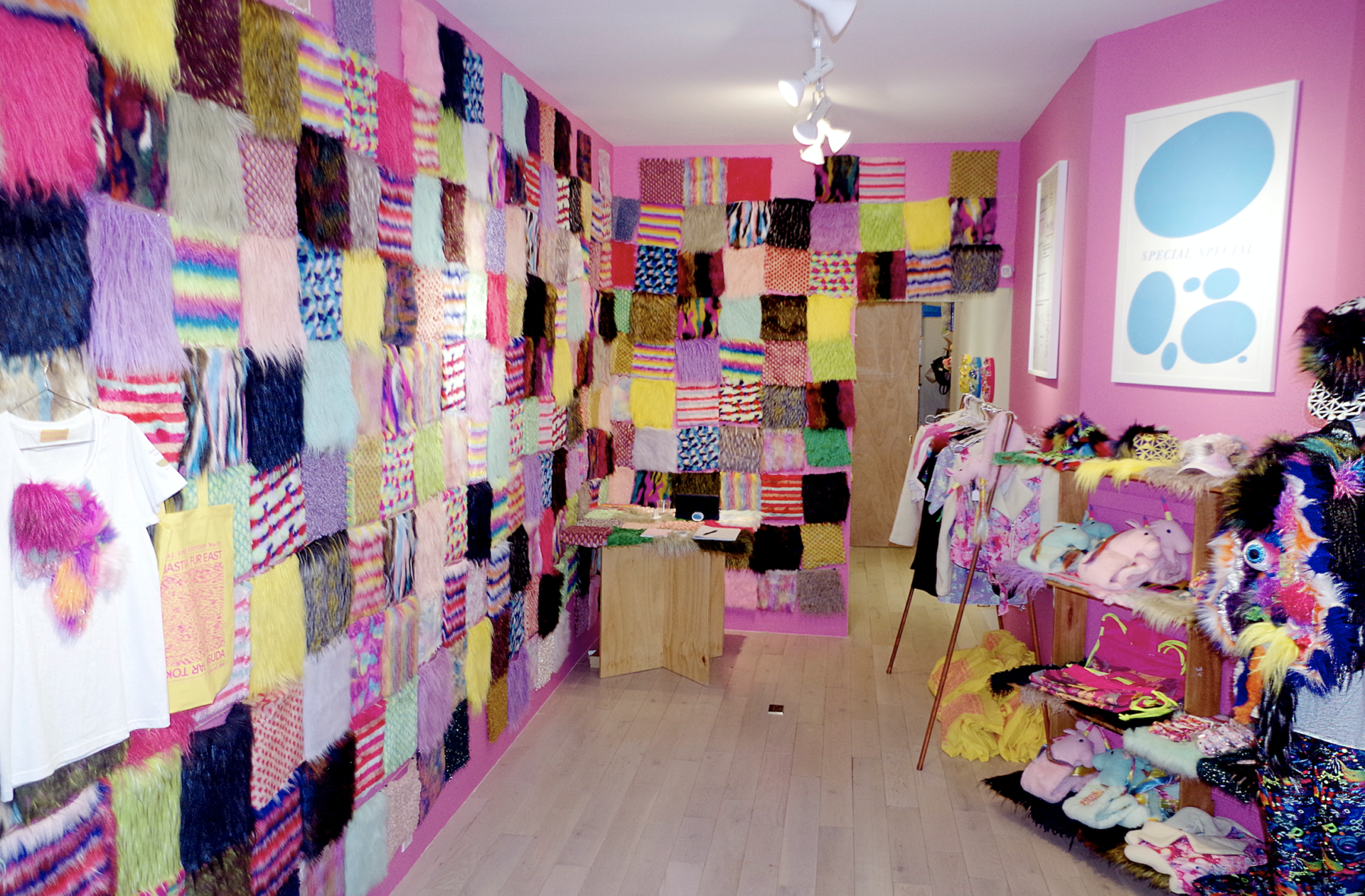 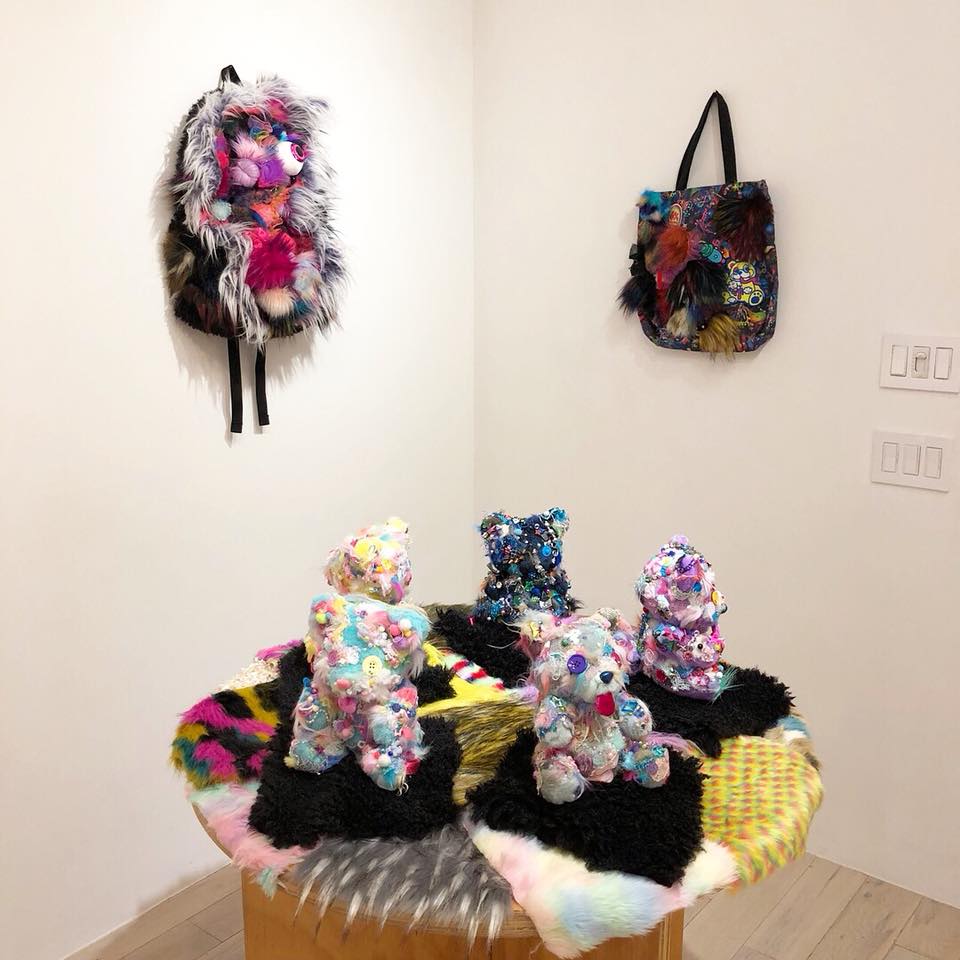 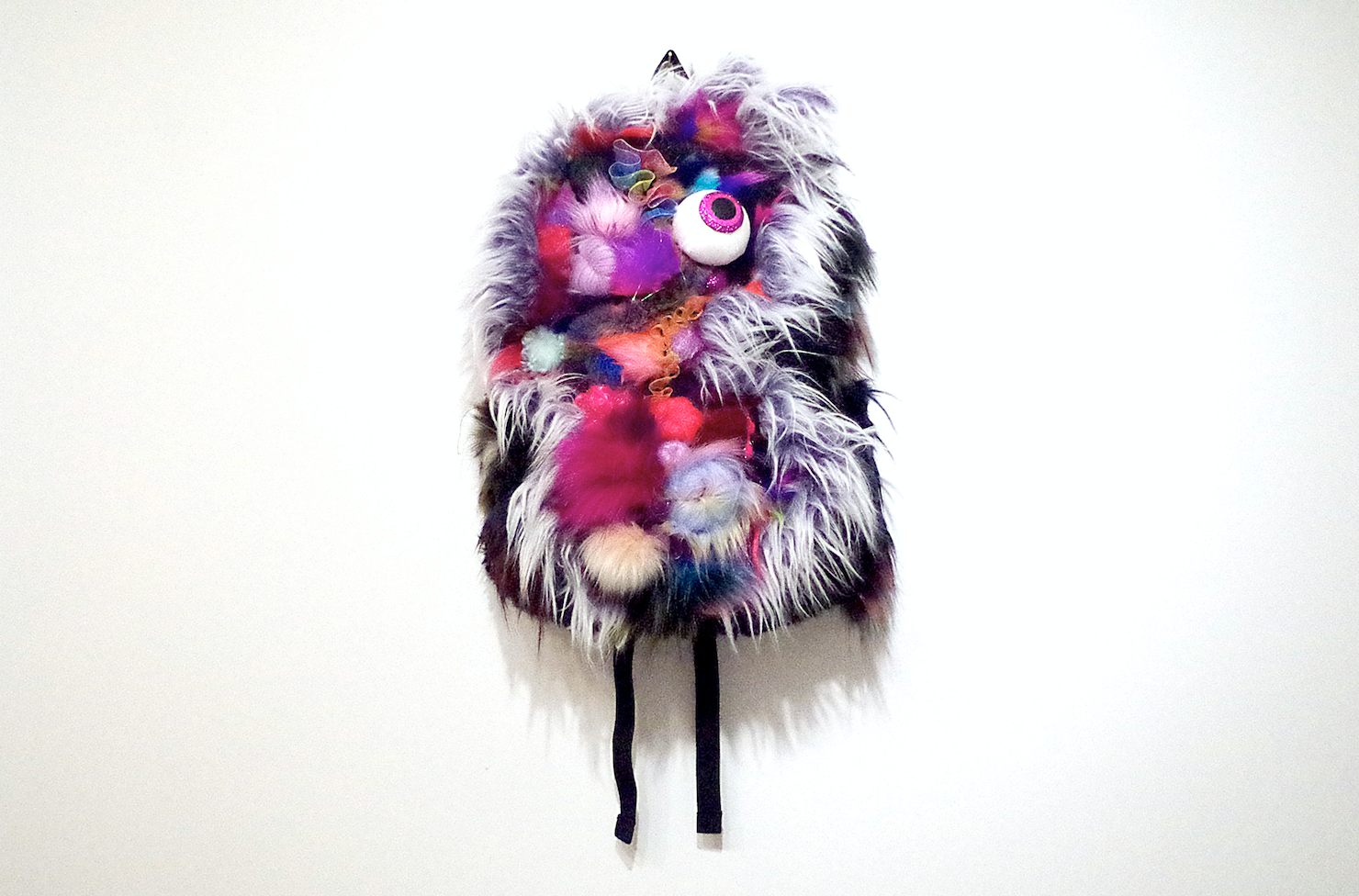 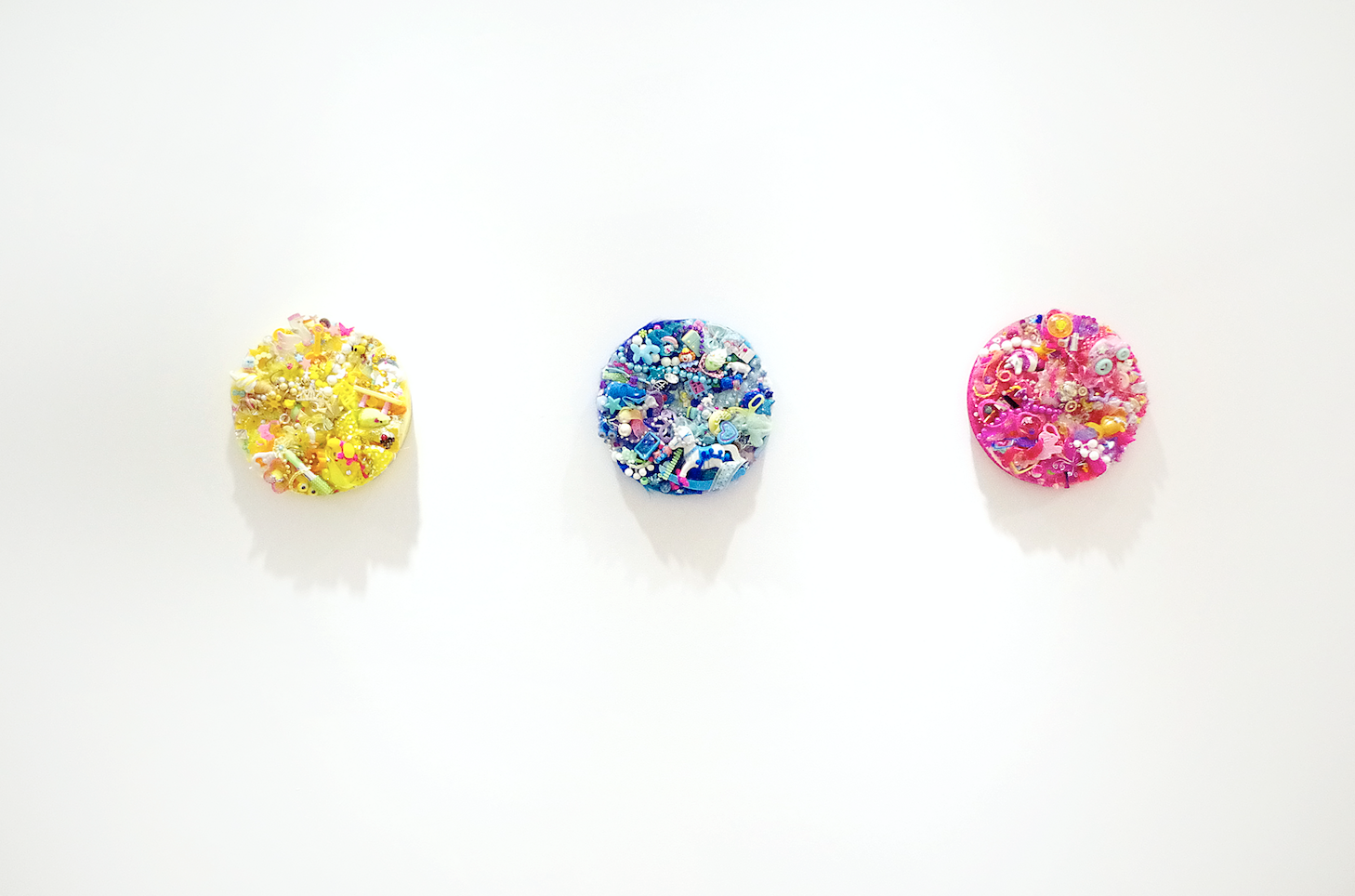 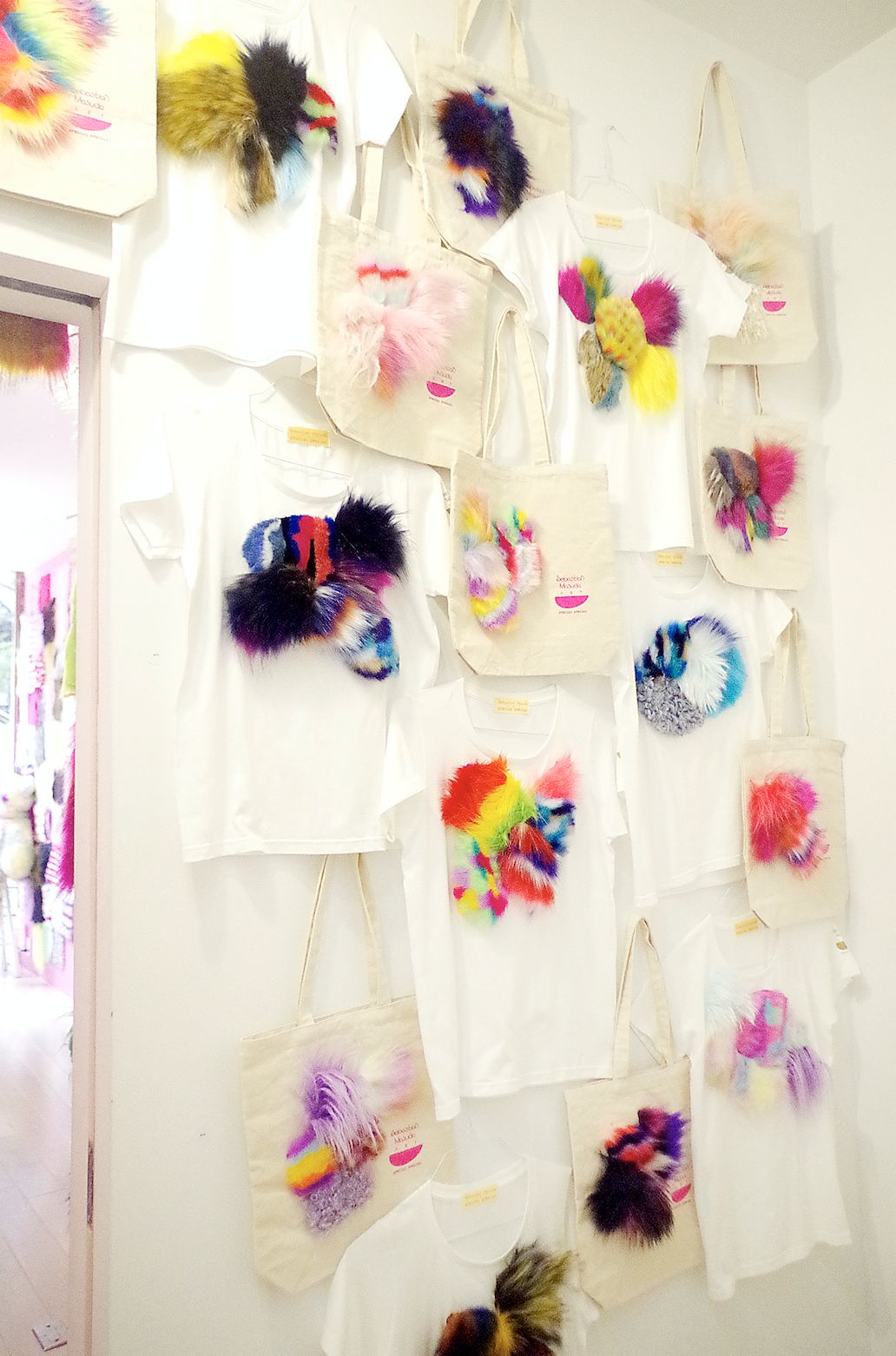 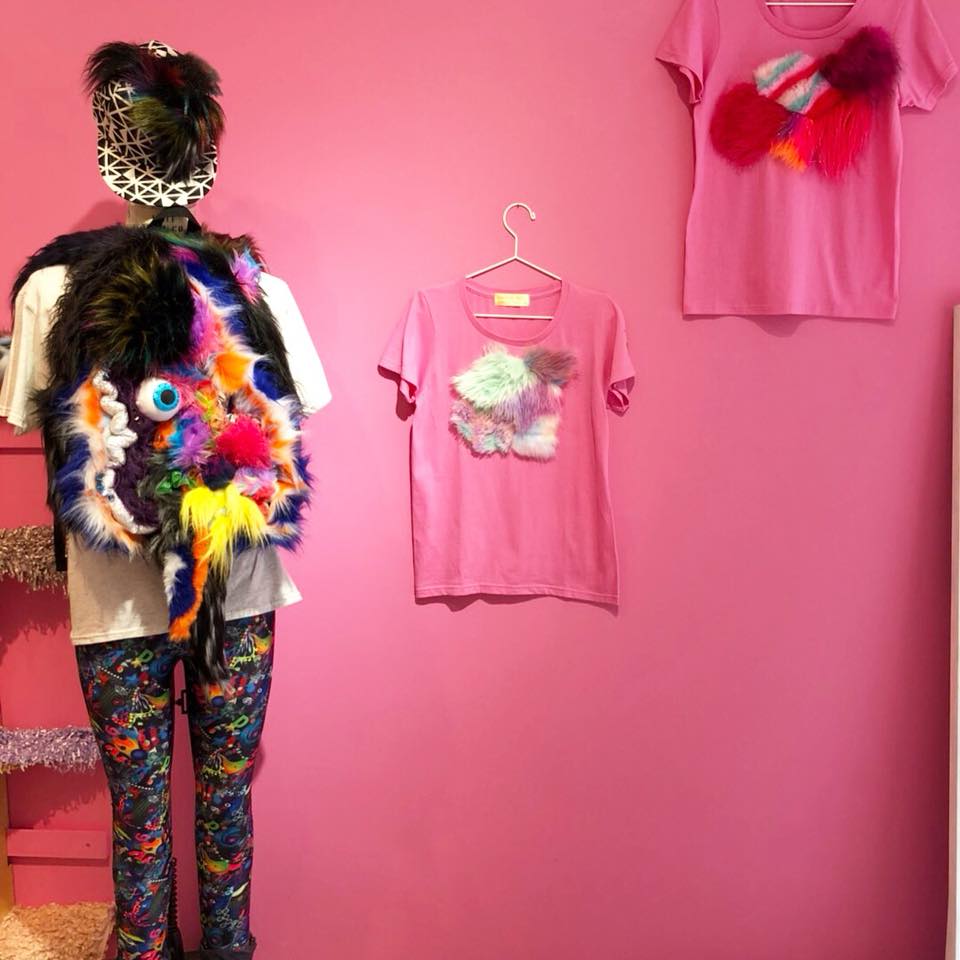 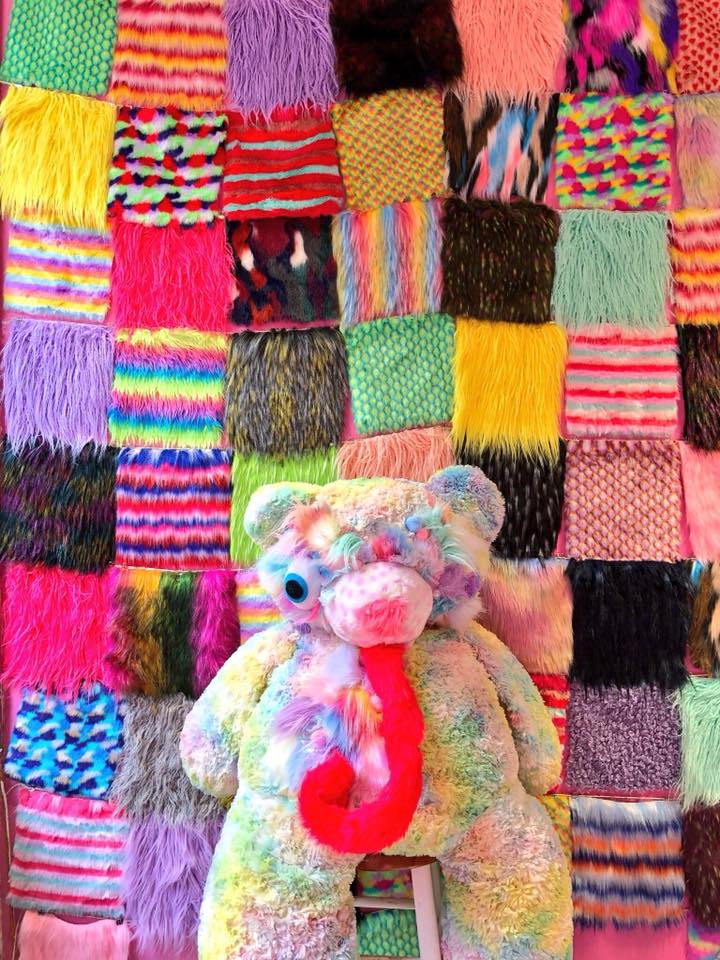 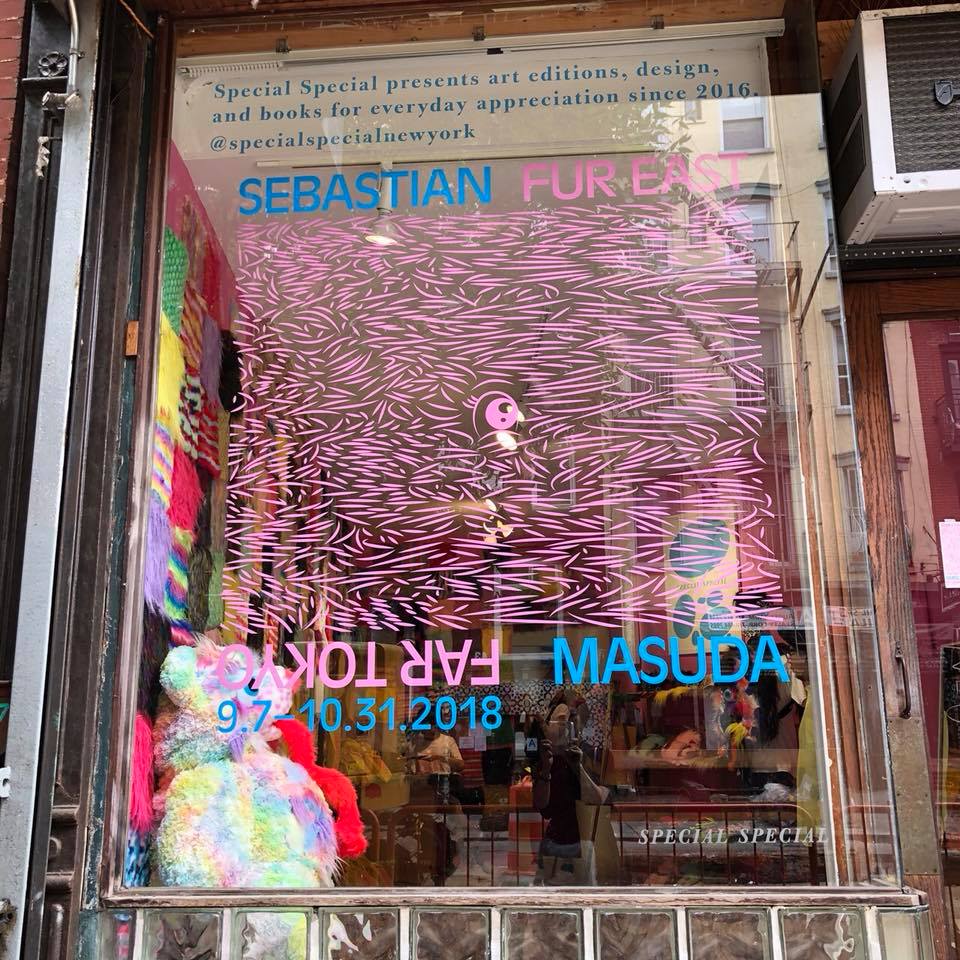 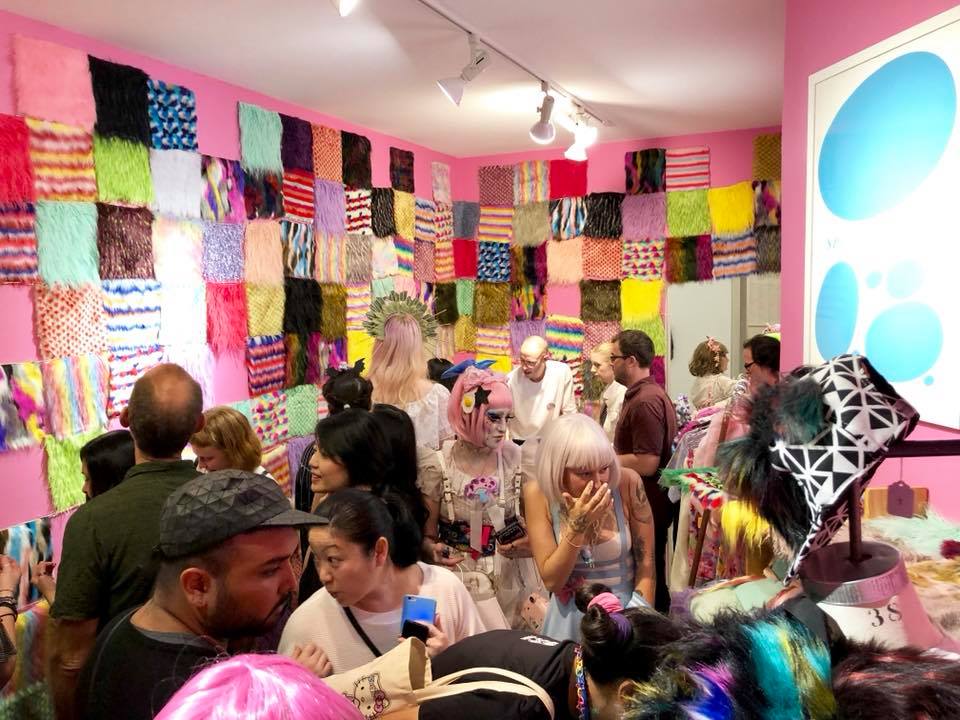 # # #
Special Special is pleased to announce Fur East Far Tokyo, an exhibition featuring the work of Japanese artist, Sebastian Masuda. The artist is known for his role in expanding the Harajuku Style and is a key figure in developing the Kawaii Culture. In 1995, Masuda opened his iconic 6% Doki Doki store in Harajuku and has since gone on to open Kawaii Monster Cafe in Shibuya. Fake fur is a material often used by Masuda. Its inclusion in his work prompts an awakening of the senses through layers of vivid color and soft textures.

While initially simulating the real, faux fur has developed into something uniquely its own, incorporating colors and patterns that do not exist in the materials it began by mimicking. It is now accepted as something separate from its initial intention and has become real in its own right. As use of fake fur has slowly spread throughout the world, like the birth of a new culture, it is hard to determine where the old ends and the new begins.

Masuda searched throughout Asia to select the best fake furs for wearable artwork that was designed in his Tokyo studio and then journeyed to New York. Having been inspired by a conversation with Special Special’s Director Wen-You Cai, about making artwork more accessible to the public, Sebastian was motivated to release these wearable pieces of art into the world, and to continue to spread the Kawaii Culture.

Join us on September 7th from 6:30–8:30pm at Special Special for the opening reception of Fur East Far Tokyo. Special Special’s collaboration with Sebastian Masuda features shirts and bags designed by the artist, as well as a workshop where the public is invited to participate in creating new editions of featured products, utilizing fake fur selected by the artist.